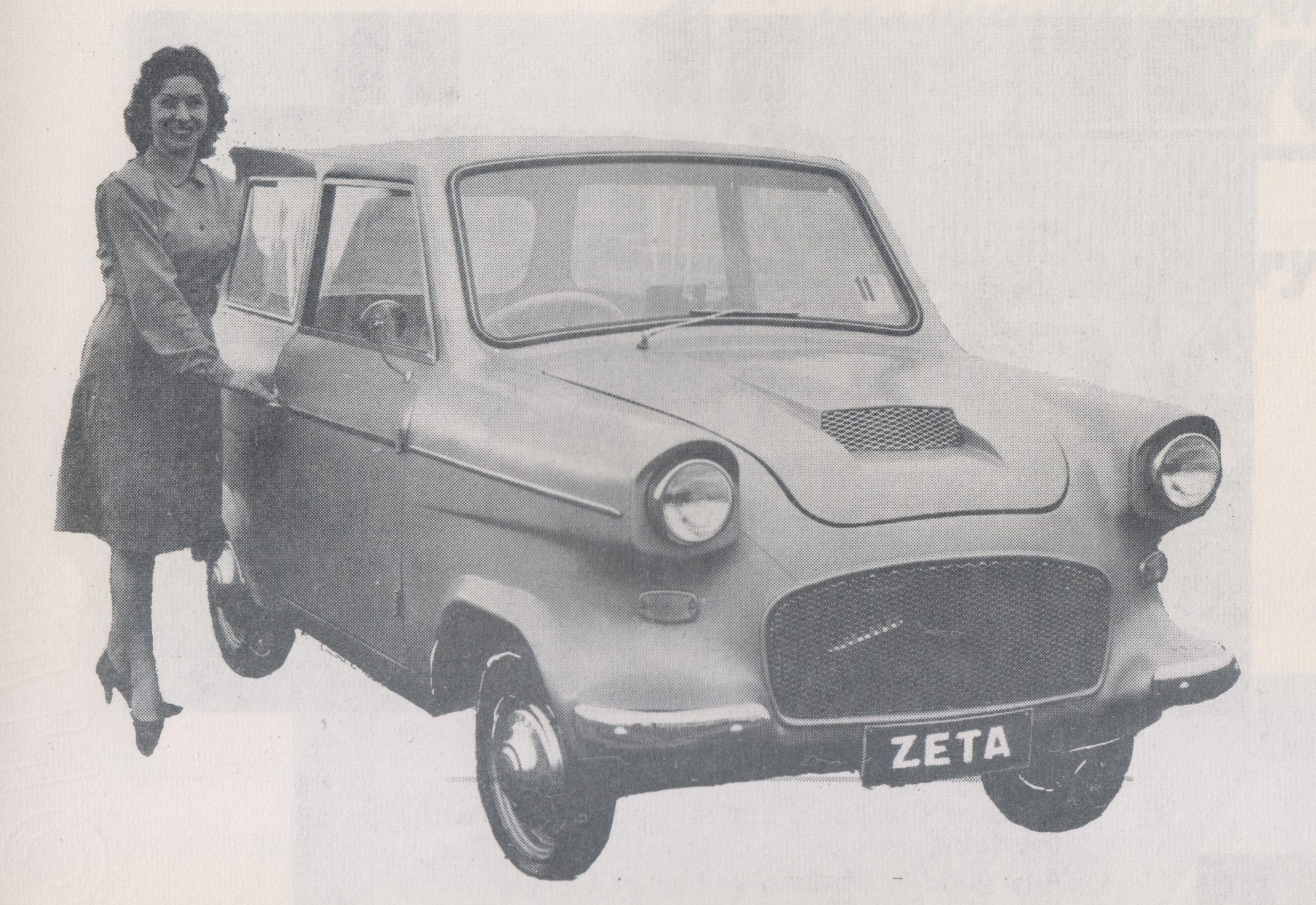 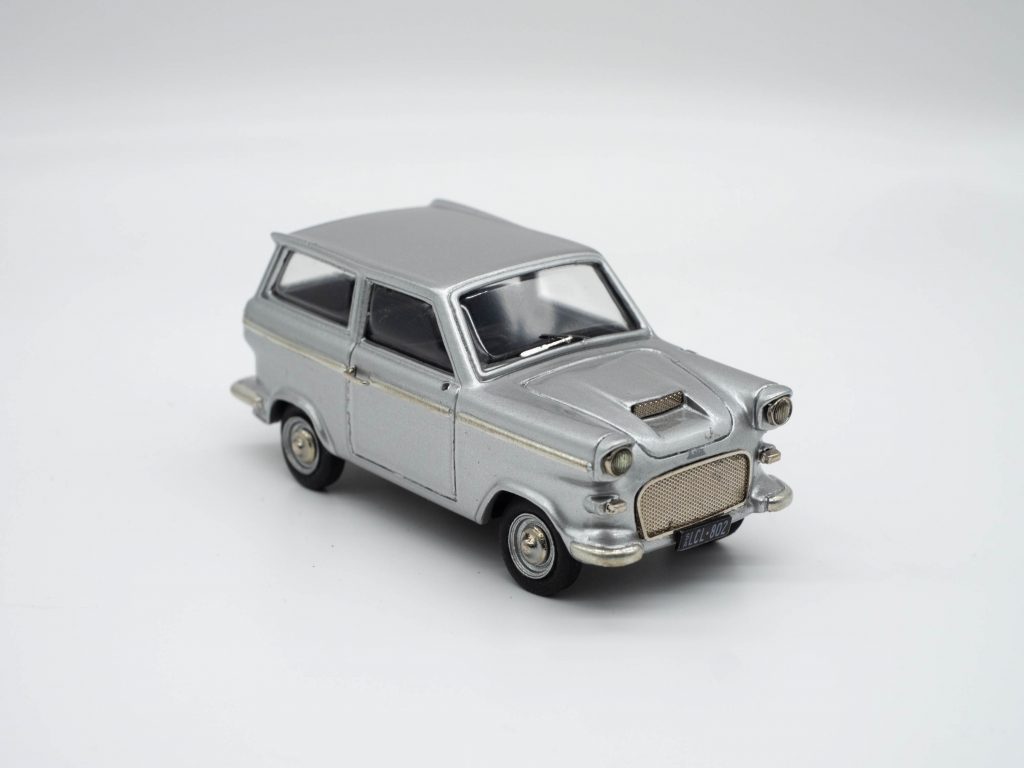 Between 1963 and 1965 Lightburn & Co., an Australian tool- and boat-manufacturing company based in Adelaide, started to manufacture a compact, light, and incredibly convenient vehicle which was dubbed the Lightburn ‘Runabout’ Zeta. The Zeta, also known as ‘Australia’s Micro-Car’, was the brain-child of the company’s managing director and founder, Harold Lightburn, who had been excited by the idea of manufacturing a car since the 1950s. He believed that many Australians who already owned a car would love the convenience of a second, a versatile and spacious vehicle that could be used for just about anything. He wanted to design a vehicle that was lightweight, small and simple, which was also reliable and of low cost to maintain. And so the Lightburn engineers imported various cars from overseas and examined their design and mechanics, and its styling was predominantly done by Frank Leahey, a technical engineer of Lightburn. The final design was a unique and hybridised one:

“Body styling resembled that of the Bradford [van], its box shape providing the most available space for the chosen dimensions; the engine and transmission package – a Villiers 2-cylinder unit – came from the [Meadows] Frisky; front wheel drive and all independent suspension came from the Saab.” [Reference].

Since Lightburn & Co. had experience in manufacturing fiberglass-bodied boats, the body of the Zeta was also made from this lightweight and rust-proof material—except the chassis and doors, which were steel—and the windows were further made from Perspex. But its design was nonetheless odd. It had strange tailfins of its roof; it lacked a tailgate, meaning access to the boot area was via the side doors; its wheels were disproportionately small compared to its body, as where its wheel arches; and the windscreen was flat.

Marketing was focused on the Zeta’s convenience—it was Australia’s ‘Second Car’. Emphasis was placed on its spaciousness and versatility, the car has 17 square feet of space when its seats were removed. Advertising, therefore, tended to show its myriad uses, with families loading it with recreational items for their weekend getaways, or builders using it to transports raw materials and tools. It was reliable, too. In 1964 the company entered three Zetas into the Ampol Trial, which saw entrant vehicles drive over 11,000 km over Australia’s most rugged roads and tracks, enduring the harsh elements of the outback and even crossing rivers up to 1m deep. The Zetas made it to the end undamaged, and this was a proud moment for Lightburn—and it became a part of its advertising campaign.

The Zeta’s engine, however, was its real let-down. The top speed was 115 mph but was achievable on a straight, flat road, and without the car having additional occupants or load. Its poor and noisy acceleration along with its lack of torque made it difficult for the Zeta to deal with most significant inclines. The design of the fuel gauge, too, meant that any ascent or descent would distort the reading; and the fuel tank held a measly 23 liters at that. The gearbox had four gears in each direction, but in order to reverse the driver had to turn the engine off and turn the key in the opposite direction.

Though Lightburn & Co’s sortie into the realm of car-manufacturing was not the commercial success that was ardently hoped for, the company provided Australia and the world with this little gem, Australia’s first micro-car.

Microcar Models Australia produced in white metal a precision 1:43 scale model of the Lightburn Zeta Runabout you can buy here.